Rorschach Theatre’s second, season-long Psychogeography Project, Chemical Exile, has reached the threshold of its ultimate conclusion. The seventh and final chapter of the series was released in May 2022, with the final live performance opening on July 7, 2022.

Since October of 2021, I along with other subscribers have received chapter packages with a guide to different locations in DC and details of a developing narrative connected to each location. The story involves a Dr. Theodora (Teddy) Morris, who recently returned to the area after being in Amsterdam for seven years. Immediately upon her return, she discovers that the city is not what she remembers. Buildings she recalls visiting as a child are no longer there, events that took place clash with her memories, and her father’s grave is missing. 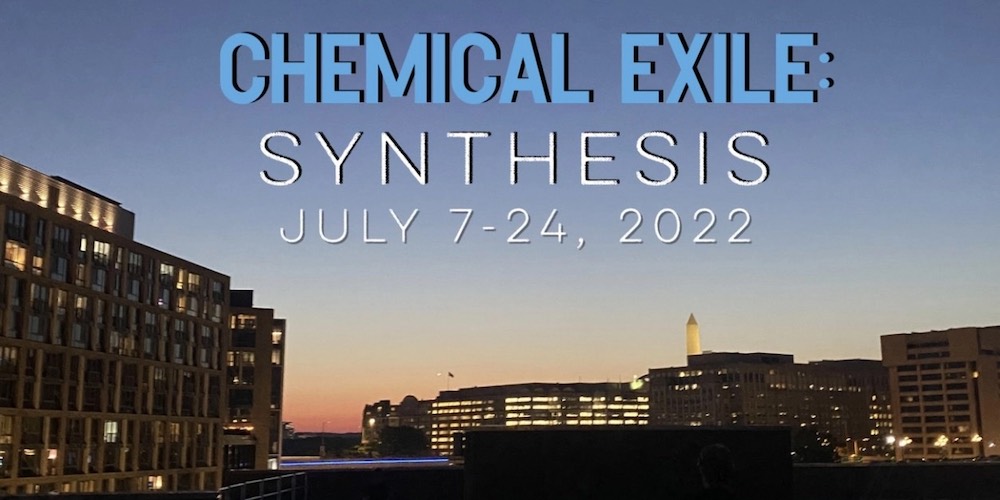 Teddy struggles to make sense of the inconsistencies, researching the history of locations and taking notes of her observations, which include the frequent sighting of a stranger in a blue coat. She eventually learns that she is not alone in feeling that her reality is wrong. A group called the Reality Rejects believes that they have become displaced in an alternate timeline and Teddy begins conducting experiments using various psychedelics in the attempt to locate the places where these timelines intersect and individuals slip through.

If that sounds complicated, it is. But the level of attention to specifics that Rorschach has done to lay out the story is downright mind-blowing. From the handwritten notes and letters of the characters, to fabricated pamphlets and wedding invites, an actual Reddit page for the Reality Rejects group, and old news articles and pictures. The developing mystery is conveyed through these varied media forms, which are included in each of the chapters mailed to the audience.

There are also “At Home Experience” recordings of each of the chapter locations, for those who prefer not to travel. These are still available online, along with all seven chapters. It is not too late to experience the journey for yourself.

This innovative form of storytelling was a by-product of the pandemic. Rorschach first released Distance Frequencies in October 2020 with the culminating finale taking place in July of 2021. That was the first of their Psychogeographies, which the theater describes as a “visionary new experience that takes participants to unexpected locations around their city while a season-long fictional narrative plays out over layers of history and magic realism.”

And while the days of lockdowns and event cancellations seem to be behind us, I do sincerely hope that Rorschach’s series is here to stay. This new performance style offers such a wonderful conglomeration of storytelling, imagination, originality, and adventure.

I am excited to see how Rorschach Theatre closes out the final chapter of Chemical Exile in the live performance opening July 7. I will be there with bells on and am sure there will be startling revelations and unexpected twists in the storyline, as can be expected from this talented group of collaborators. 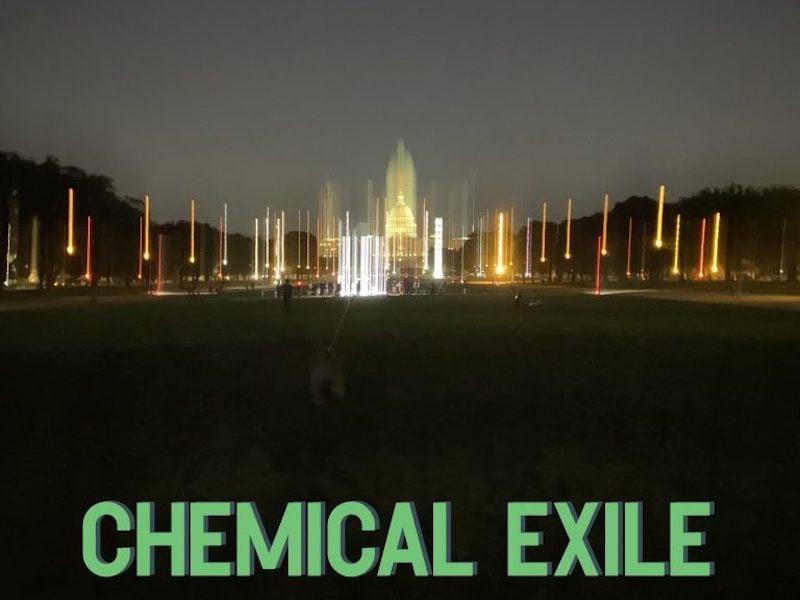 Chemical Exile will conclude with a live show July 7 to 24, 2022, performed at R2 Labs at Waterfront Centre, 800 9th Street SW, Washington, DC. Pay-What-You-Can previews are Thursday, July 7, and Friday, July 8.  Tickets are on sale online. Subscriptions are $125 with the code “SUMMER.” Each subscription includes one ticket for the July event. Single tickets for the live event can be purchased for $45. Find discounts available at rorschachtheatre.com/tickets. Shows are on Thursdays, Fridays, Saturdays, and Sundays at 8 pm. For more information and a link to FAQs go to rorschachtheatre.com/chemical-exile 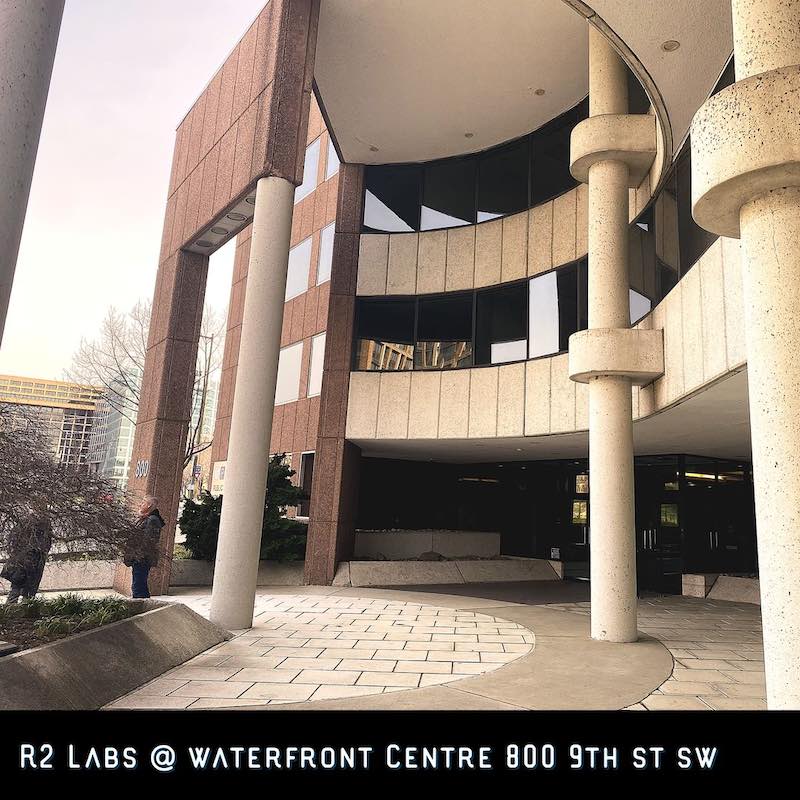 Rorschach’s R2 Labs operates out of Waterfront Centre at 800 9th Street SW, Washington, DC, a short walk from the Waterfront and L’Enfant Plaza Metro stations and steps from dining and nightlife at The Wharf. The building was built in 1986, and housed USDA offices until their departure from DC in 2019. Use of the building was made possible by a generous partnership with Building Creative.

Guests attending Chemical Exile: Synthesis can expect the experience to run approximately 75 minutes. The majority of the event involves walking through multiple rooms, with occasional seating available as needed.

COVID Safety: Ticket holders are required to wear masks and provide proof of vaccination at check-in. Rorschach staff and all patrons will remain masked unless briefly eating or drinking. Performers will be unmasked and will be tested at regular intervals.