In her one-woman Fringe show I’m Just Doing My Job, local writer/comedian Diana Veiga invites the audience to an hour of casual, light-hearted storytelling about her many career ups and downs. And when I say “storytelling,” I mean storytelling. If I can communicate just one thing through this review, let it be that Diana Veiga is one hell of a storyteller. The performance feels less like a conventional one-woman show or an hour-long stand-up set, and more like a one-sided conversation with an especially funny friend. It’s relaxed, welcoming, and witty without being showy, and the audiences seem to be loving it. She has enough anecdotes and observations to carry this conversation for its hour-long runtime, before leaving us with one final laugh for the road. 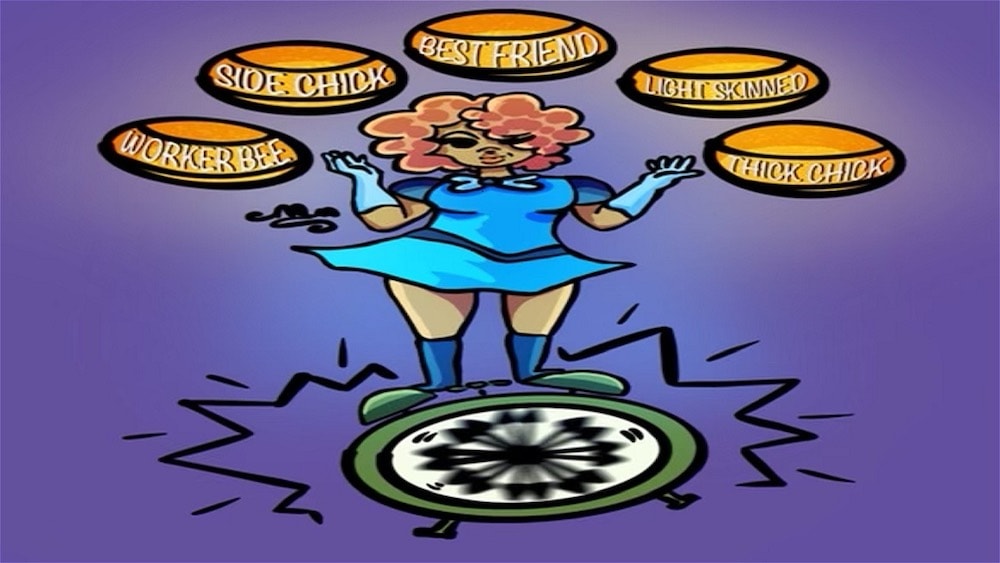 I’m Just Doing My Job consists of nine individual monologues (for lack of a better word), each telling the story of one of Veiga’s previous jobs. Some of these stories revolve around “jobs” in a “conventional employment” sense, while others focus on the many societal “jobs” placed on women in certain situations. Each of these movements is punctuated with a brief musical cue and lighting shift. This serves to both indicate we’ve moved onto a new topic and allow Veiga an opportunity to catch her breath. I do applaud the efforts made by the tech team of Molly Graham and Roanld Young Jr. to apply specific light cues to each of these stories. While the lighting and sound capabilities are CLEARLY limited due to the festival’s unconventional location this year, Young and Graham do a good job with what they have to work with, and manage to provide some visual variety to an hour of one person standing in front of a microphone.

As I said, the show is closest in style to an especially conversational stand-up routine, the key difference being in the transitional moments between stories. A more conventional comedian would typically round out one of these segments with a traditional punchline, whereas Veiga is more comfortable delivering a concluding statement or thought. If there is a disconnect to be found in the performance it would be in its lack of “jokes” in a traditional sense; however, the majority of the sold-out audience seemed to be emphatically on board with the way Diana Veiga was getting her points across. If you can get on her wavelength and leave at the door your preconceived ideas of what a one-woman comedy show should be, it’s a pretty safe bet you’ll have a good time.