Blanco/Blanca (Edwin Bernal), a former seminarian now living life in the U.S. as an immigration lawyer, bar owner, and drag queen, exchanged his rosary for tacones (high heels). That life is upset by two visitors in the same day: Chacho (Sid Garg), seeking help finding his missing lover Carlos, and La Migra (Immigration Enforcement). As Blanca and Chacho sit in a holding cell at an Immigration Detention Center, they discover more about each other’s pasts and pain.

From the program note, we learn that Tacones is loosely based on the kidnapping, torture, and killings of hundreds of Honduran citizens by Battalion 3-16, a military unit trained by the CIA. As details of this torture are disclosed, particularly of queer people, we wonder if a similar fate has befallen Carlos. Instead, there is a surprising twist, revealing more about Chacho and uncovering his quest for absolution. 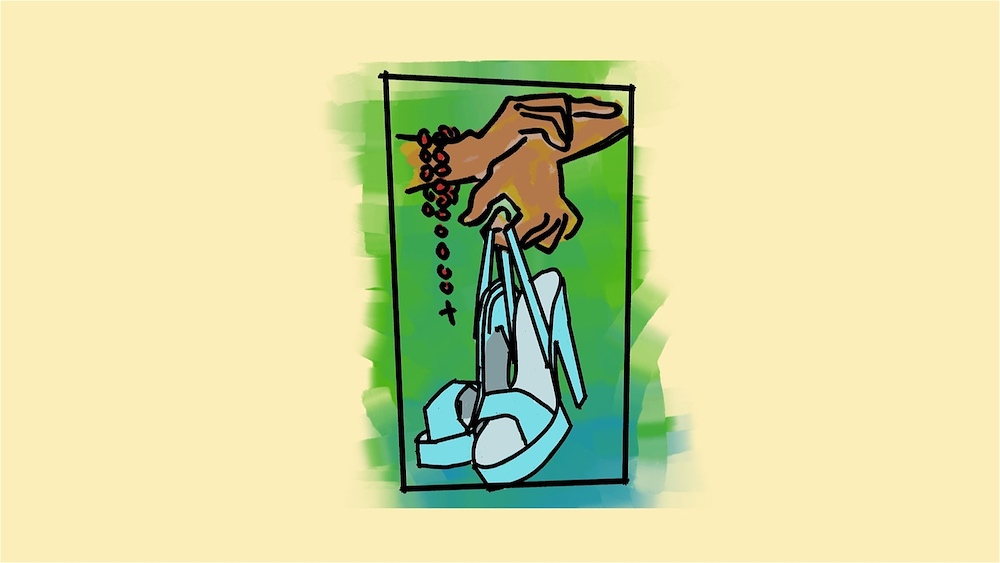 The performance took a while to come together. For the first 20 minutes, I felt a bit lost as I tried to grasp who the characters were and their motivations. The acting and direction occasionally felt forced and some secondary character moments seemed superfluous.

However, the latter half of the show paid off and gave each cast member an opportunity to shine. In particular, a stirring and heartbreaking monologue from Blanca about the pain experienced while being tortured and losing the man he loved was exceptional.

Tacones starts off clunky and has some moments that don’t fully land, but ends up being worth it — a powerful, heart-wrenching, and special story that leaves the audience thinking and wanting to learn more about real-world U.S.-backed atrocities in Latin America.