Mosaic Theater Company opens its 2022/23 season — its first helmed by Artistic Director Reginald L. Douglas — with Ifa Bayeza’s highly anticipated theatrical anthology The Till Trilogy, on stage October 4 to November 20, 2022. The three-play cycle honors the life and legacy of Emmett Till, with Bayeza training a contemporary lens on a flashpoint in American history.

The plays that comprise The Till Trilogy are The Ballad of Emmett Till, on the journey of the boy from his home in Chicago to Money, Mississippi; Benevolence, on the ripple effects of the murder throughout the Delta region and beyond; and world premiere That Summer in Sumner, focusing on the quest for justice led by a group of Black journalists. The Till Trilogy will be directed by Talvin Wilks.

The productions will be staged simultaneously, in rotating repertory, for the very first time, with 10 actors playing 75 characters. Tickets are available at mosaictheater.org.

The murder of Emmett Till remains one of the most pivotal moments in American history and ignited the modern Civil Rights Movement. Rooted in poetic, lyrical, and compassionate language, this landmark undertaking brings to life the indomitability of Till’s spirit, the tragedy of his death, a historic miscarriage of justice, and the indelible impact of his legacy.

The Till Trilogy continues a rich collaboration between playwright Bayeza and director Wilks, who also led Penumbra Theatre’s acclaimed productions of The Ballad of Emmett Till and Benevolence.

Additionally, Mosaic is partnering with more than 20 organizations on the companion Reflection Series, a citywide program of concerts, readings, and panels that offer audiences opportunities to creatively engage with themes of justice and activism. More information below.

Benevolence
A poignant and powerful look into the ripple effects of Emmett Till’s murder, Benevolence follows two couples — one Black and one white — as they struggle with their knowledge of the killing and the toll it takes on their lives and love. With rich language and harrowing honesty, Benevolence invites audiences to reflect upon how our collective history still resonates in our personal lives today.

Tickets: Tickets are $50–$64 and can be purchased at mosaictheater.org.

COVID Safety: Mosaic Theater aligns its safety protocols with those of the Atlas Performing Arts Center and Theatre Washington. Patrons will need to wear masks while attending a Mosaic performance, except while eating or drinking in designated locations. Masks must be worn regardless of vaccination status. Proof of vaccination will no longer be required.

Ifa Bayeza is an award-winning playwright, director, novelist, and educator. Described as “breathtaking,” “staggering,” “extraordinarily lyrical,” and “triumphant,” her literary style and transcendent themes veer from the intimate to the mythic and compel us to re-examine the deeply embedded ideas we attach to race and gender. Plays include The Till Trilogy (The Ballad of Emmett Till, That Summer in Sumner, and Benevolence), reimagining the saga of 1955 Civil Rights icon Emmett Till; String Theory, on the 1839 Amistad slave ship survivors; Welcome to Wandaland, a childhood memoir; and Infants of the Spring, adapted from the classic Harlem Renaissance novel. She has written three musicals: the World War I love story Charleston Olio, a Fred Ebb Award finalist; Bunk Johnson, a blues poem on the legendary Jazz originalist, commissioned by the National Trust for Historic Preservation; and KID ZERO, a theater-for-young-audiences hip-hop operetta. Her novel Some Sing, Some Cry was co-authored with her sister, Ntozake Shange. A 2022 MacDowell fellow, Bayeza was a finalist for the 2020 Herb Alpert Award in Theatre and for the 2020 Francesca Primus Prize. In 2018, she was the inaugural Humanist-in-Residence at the National Endowment for the Humanities. Honors for The Ballad of Emmett Till include the Edgar Award, the Backstage Garland Award, and fellowships from the Eugene O’Neill Theater Center and Brown University. A graduate of Harvard University, Bayeza received her MFA in Theater from the University of Massachusetts Amherst. The Till Trilogy marks her debut in the nation’s capital and at Mosaic Theater Company.

Talvin Wilks is a playwright, director, and dramaturg based in Minneapolis and New York City. His plays include Tod, the boy, Tod, The Trial of Uncle S&M, Bread of Heaven, An American Triptych, Jimmy and Lorraine: A Musing, and As I Remember It with Carmen de Lavallade. Directing credits include The White Card, This Bitter Earth, Benevolence, The Ballad of Emmett Till (Penumbra Theatre), The Peculiar Patriot (National Black Theatre/Woolly Mammoth Theatre Company), Parks (History Theatre), Cannabis: A Viper Vaudeville (HERE Arts Center/La MaMa), and The Till Trilogy (Mosaic Theater Company). Dramaturgy credits include for colored girls who have considered suicide/when the rainbow is enuf (Broadway revival/Tony-nominated); Dreaming Zenzile (New York Theater Workshop); Between the World and Me (The Apollo Theater); Scat! and Walking with ‘Trane (Urban Bush Women); ink, BLACK GIRL: Linguistic Play, Mr. TOL E. RAncE (Camille A. Brown and Dancers); and In a Rhythm, A History, Necessary Beauty, Landing/Place, and Verge (Bebe Miller Company). He is a newly tenured Associate Professor in the Theatre Arts & Dance Department, University of Minnesota/Twin Cities and is a 2020 McKnight Theater Artist Fellow and a 2022 McKnight Presidential Fellow.

ABOUT THE REFLECTION SERIES

In conjunction with The Till Trilogy, Mosaic will lead a pioneering series of citywide events about the plays’ themes in The Till Trilogy Reflection Series. Produced in partnership with over 20 cultural organizations, this series of events offers audiences in every ward of Washington, DC, and beyond opportunities to engage with the themes of justice and activism explored in the plays.

Events in The Till Trilogy Reflection Series include:

Live! at the Library
Reflections from the Past, Present, and Future featuring playwright Ifa Bayeza, the Washington National Opera, and Howard University
Thursday, September 22 at 7 PM
Library of Congress 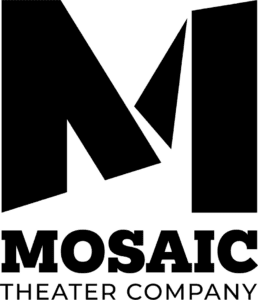 Mosaic Theater Company of DC produces bold, culturally diverse theater that illuminates critical issues, elevates fresh voices, and sparks connection among communities throughout our region and beyond. Under the leadership of the newly appointed Artistic Director Reginald L. Douglas and Managing Director Serge Seiden, Mosaic produces plays that spark conversation and connections amongst the DC Metro area’s diverse communities and sees itself as a neighbor and partner with those communities. By sharing stories that both entertain and enlighten, Mosaic uses art to build empathy amongst diverse people united by the magic of theater and hopes to build community by reflecting the people and the many cultures that call DC home.