Atemporal is an autobiographical solo show by Sianna Joslin (she/they). It is the diary of a trauma survivor, structured as a kind of dialogue with the audience. The courage and hard work needed to tell this story are considerable. Sianna is to be congratulated for overcoming hardships that would have felled most of us.

There are bright spots along the way, such as her love for music. She references Fuse, once an indie alternative to MTV, and groups like industrial rock band Nine Inch Nails and Taking Back Sunday, who have been described as emo, pop punk, nu metal, and post-hardcore.

And ultimately her narrative is one many of us can relate to: the struggle for self-acceptance. 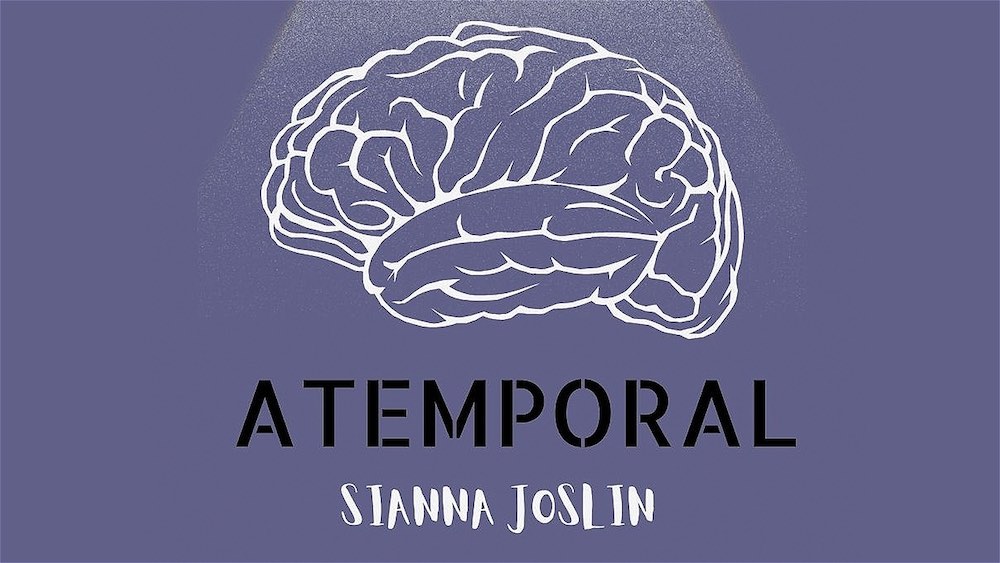 Misdiagnosed with Temporal Lobe Epilepsy (TLE), she has experienced much adversity, losing time, struggling with medication, and wondering how long she would live.

She asserts that “I am more than the fucked-up things that have happened to me”: “epilepsy,” mental illness, and a dead Dad, among others.

Her first “epileptic” episode was terrifying: she suddenly wound up flat on her back, after a seizure, having no idea what had just happened or what was wrong with her.

Sianna is nonbinary, and tells us about her top surgery, which had some unusual and humorous complications. She gives a shout-out to her wife (in the audience) and her physical therapist.

Her admiration for Elliot Page is seconded by the audience. Edibles, the BBC, and Trump gain a mention, as well as, of course, PTSD.

There is a “guess the song” epilogue during which she plays the guitar.

By its very nature, this production is always developing and changing. Though it will require further work, its greatest strength is its authenticity. Kudos to Joslin for providing a crucial message, new to many of us, but one we need to hear.