In 1996, British-born Robbie Gringras moved to a hilltop in Galilee — to a kibbutz, a socialist agricultural community, which in 2000 added steel security fencing and became, in his ironic words, an Israeli form of a gated community.

Gringras’ gripping 45-minute solo show captures the tensions of the kibbutz and the nearby Arab Israeli village — and the state of Israel — with compassion and a touch of self-deprecating humor. 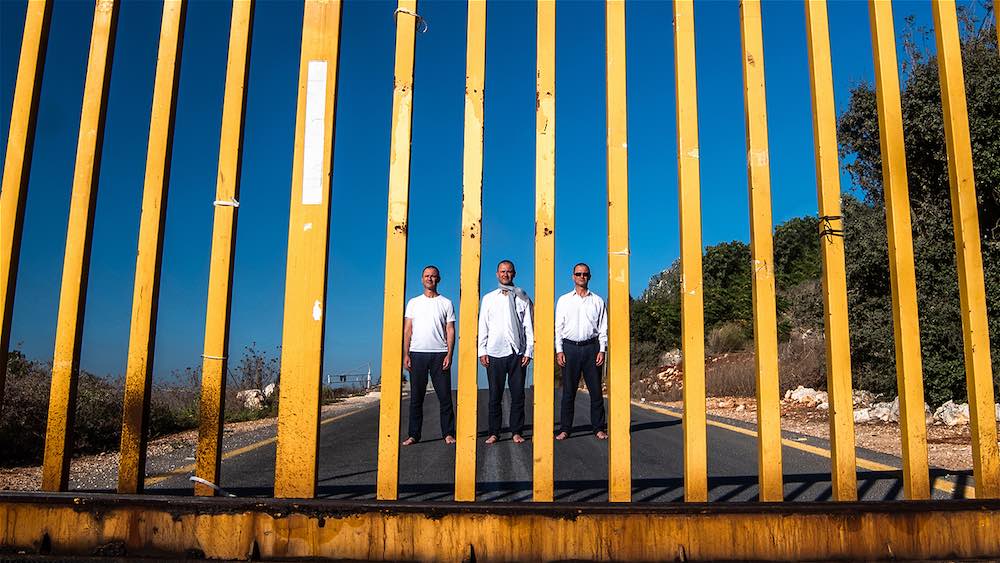 Written and performed by Gringras, and developed with Dorit Shalom, The Gate is 95 percent true, admits the performer, and is rich with sensory details of this biblical, troubled land. With a simple white brick back wall, and expressive sound design by Gringras along with lighting originally designed by Idan Herson, the mood and tone of each movement are amplified.

The central metaphor, the gate, which surrounds the kibbutz, is heavy with irony. The gates are open during the day, closed at night, and at least in one crucial, climactic moment, vividly told, stuck.

The gates are also the main point of conflict for the trio of characters that Gringras brings deftly to life — two old Jews, Udi and Yiftach, long at odds, at different ends of the political spectrum, and the entrepreneurial Amal from the village.

Throughout the one-man show, facts about the struggles of poverty and violence between Jewish and Arab Israelis are shared directly with the audience. More commentary would have deepened these sections. Gringras, however, is careful not to take sides in this long-standing conflict about security in the state of Israel.

Ultimately, Gringras gives us an artist’s insight, not an overtly political one, with thoughtfulness, drama, humor, and prayer. The performance beautifully opens on the early morning call to prayer for all Muslims ringing from the speakers and ends with the offering of a Hebrew prayer. The very last word uttered is perfect — it’s the affirmation that is common among all the Abrahamic faiths: Amen.

Amen, to The Gate.